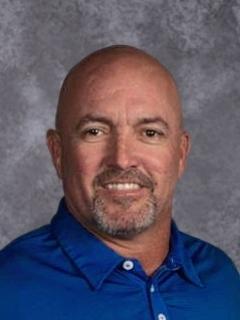 This transition comes as a result of Coach Reynolds’ plan to accept new position outside of education.

Seminole ISD’s Vince Lavalle to be named head baseball coach effective immediately. This transition comes after Keegan Reynolds plans to resign from SISD in March to accept a new position outside of education.

"We would like to thank Coach Reynolds for his commitment and dedication to our athletes at SISD. He has been a part of some great seasons coaching football and baseball for the Indians. While we are saddened by his leaving, we are very excited to move Coach Lavallee to the head coach position. We are very fortunate to have a former head coach on staff with as much experience and success as Coach Lavallee. Coach Lavallee has a proven track record as the head coach at Jim Ned and I am truly excited to welcome him to his new role.”


Lavalle’s professional experience includes twenty-eight years in education, twenty-one as head baseball coach. Coach Lavallae has served in a variety of teaching, coaching, and administrative roles ranging from head baseball coach to assistant principal during his tenure in education. His teams have compiled a career record of 368-227 including, 5 district championships, 12 Bi-District Championships, 4 Area Championships, 2 Regional Quarterfinal Championships and 2 appearances in the Regional Semi-Finals. Coach Lavallee has been named District Coach of the Year five times, selected to coach in the Texas High School Baseball Coaches Association All-Star Game in 2011, and the Greater West Texas Baseball Coaches Association All-Star game in 2013. Coach Lavallee has served as Region 1 Director of the Texas High School Baseball Coaches Association from 2014-2016, and is currently serving on the All-Star selection committee. Lavalle is in his second year at Seminole.


Lavallee is a 1986 graduate of Alpine High School. After high school, he played baseball at Ranger College where he was a two-year All Conference Player and was selected to play in the Texas Association Junior College Coaches All-Star game in 1987. After Ranger College, Lavallee transferred to Sul Ross State University to continue his baseball career. He was a two-time All Conference Player and a member of the 1990 Conference Champion Lobos.  Lavallee graduated from Sul Ross in 1991 with a Bachelor of Science in Kinesiology and sports science and in 1999 with a Masters of Education in School Administration.


Coach Williams made two additional adjustments to fill all vacancies in the baseball program. “We are also proud to move Coach Brad Lee to the junior varsity squad and add Coach Matt Gerber to the baseball staff working with our freshmen,” stated Williams. “I know the baseball program is in great hands.”


Coach Reynolds leaves after 3 seasons as the head baseball coach. We wish him the very best and appreciate his commitment to the Seminole Tribe.